Grade: Γ — A good or even fantastic book within the genre, possibly worth reading regardless of which genre’s you like, but has a setting or style that is likely to be unappealing to individuals who are not fans of a given genre. This is the highest grade that many very good books that are part of a series can receive, since series require an investment in reading that normally only appeals to fans of that genre.

A Reason to Live is the superb debut detective novel by Matt Iden.  Though very much of the gritty detective/mystery genre, this book weaves a few elements into the central character that really brought the tale to life for me.  I quickly found myself drawn into the story and was surprised at my reluctance to put it down. To that end, if you like classic detective tales or have a desire to lose yourself in a modern noir mystery, I highly recommend this book.

A Reason to Live by Matt Iden, is a gritty detective tale in the classic vein that proved a highly enjoyable read.[1] The plot is classic gum-shoe detective stuff with a familiar set up: when a young woman and an old case show up in Marty Singer’s life, the retired DC detective is drawn into an excellent noir mystery.  Soon, the hardened ex-cop finds himself pulled into parts of his past that had gone wrong, and given a chance to set them right.  Yet the story has much more to it.

To begin with, there is a gripping opening sequence that drew me through the first few chapters before I knew what was happening.  Indeed, I had not intended to start listening to it when I did.  I had other books in my queue and was planning on reading/listening to them first. This was, however, the first independently produced audiobook that I have been sent, so I was professionally curious as to the quality of the recording.  As a result, I fired it up fully intending to put it down two minutes later.  Two hours later I had no desire to stop.

Now before I go on, I should note that while this is the first in a series, it is also a completely stand alone book.  You can pick this up and expect all of the story lines to come to a close at the end.  There are no cliff hangers here.  Now… on to the book. 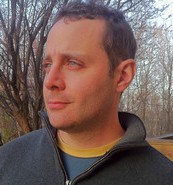 The central character, Marty Singer, was also particularly appealing. In some senses, he is your classic, hard-boiled cop, but Marty also has some serious problems.  In addition to some archetypal character faults, Marty is not invincible.  He makes believable and professional mistakes through the tale; mistakes of the kind that real world people make.[2]  He also has problems in his life that I won’t discuss, but that the author reveals in manner that shows more than a passing familiarity with the issues that haunt Marty and caused his early retirement from the force.[3] To that end, while he is clearly an experienced cop, he is always believable in a way that builds both sympathy for his character and tension through the plot. 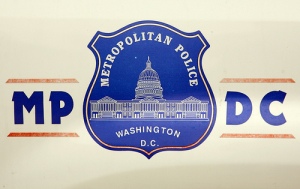 Additionally, the actual mechanics of the book are very well put together.  The bulk of the story is told in first person from Marty’s point-of-view (POV), but there are occasional parenthetical sections (presented in italics in the print version and delivered in a subtly different tone in the audio version – which I will get to below) that are told from different POVs.  This means that the readers always have more information than the protagonists; a difficult path to take, but when done well it pays off brilliantly.  This is a case where it is done well.

While I did find myself predicting the plot twists before the end, they came to me in a manner that made me feel smart rather than made me think the answer was obvious.  Iden managed to pull this off in a number of ways, but primarily he did it by creating a number of possible solutions to the central mystery, and therefore giving you many to choose from.  This, and sympathy for the main character, served as a solid hook that pulled me from chapter to chapter and made me reluctant to put the book down.

To that end, if you DISLIKE detective novels, don’t buy this. A Reason to Live: Marty Singer Mystery #1 is unapologetic crime fiction and thus won’t appeal to someone who doesn’t want to read about an ex-cop solving a mystery.

For most readers, however, if you want to have a fun read pick this up.

What’s more, if you LIKE gritty detective novels the way I do, pick it up right now.

This was the first independently produced audiobook that I have been sent and if it is anything to go by, the audiobook industry is in for as big a revolution as the publishing industry is undergoing.

First off, the quality of the production was as high as I have come to expect from most of the big name audiobook producers.  The recording was solid with no noise, and the presentation was brilliant. 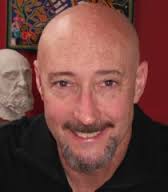 More to importantly, the narrator, Lloyd Sherr, was extremely good.  His deep, slightly gravely voice was ideal for the character of Marty, but that was not the best part.  Sherr showcased his talent to the greatest extent in those handful of scenes that weren’t from Marty’s POV. He used very subtle differences in the reading and recording of those brief asides that made it immediately clear that we had switched point-of-view without once resorting to special effects, funny voices or the like.  This is something that even most large audio production houses have difficulty with so I was particularly impressed.  It was like listening to italics.

To that end, as an actor and a producer Mr. Sherr has outdone himself.  I look forward to listening to his future productions, especially to his next reading of a Marty Singer Mystery.

[1] In fact, this was one of the best indie novels that I have seen to date and is exactly the reason I started this blog. I am almost reluctant to note it was an Indie novel, because that might turn some readers off, but in truth, this book was every bit as enjoyable as any book that has gone through a Publishing company.  Well written, well edited and well presented.  If you like crime fiction or detective stories, I suspect you’ll like this book.

[2] You know, the kind that happen when characters don’t realize they are in a novel.  All too often we are faced with professional characters who are Pollyannas/Marysues.  They don’t slip up.  They see a car wreck and immediately think it’s a set up because, they know they are living in a novel and everything that happens is related to the central plot. In the real world, this isn’t the case.  In fact, that is one reason why finger pointing at Intelligence, Police or Military communities after the fact is often ridiculous.  Sure, review what happened and try not to let it happen again, but condemn the community because… oh never mind, this is not the place for a soap box.

[3] Actually, you can see what these are on the book blurb at Amazon, but as this was sent to me by the author, I didn’t have those and I was glad of it.  It is immediately clear at the outset of the book something else is going on, and the issues are revealed within the first few chapters, but even so, I would suggest avoiding reading the blurb.  I found the way Marty’s problems were revealed really added to the tale both in the nature of the problem and in the brilliant way the author let us know about it.