For a review of Catching Fire, follow this link

The Hunger Games by Suzanne Collins is a very well written and engaging tale of teenage survival that skillfully combines the Man vs. Society, Man vs. Man, Man vs. Nature and Boy meets Girl archetypes, but with a teenage girl protagonist.[1]  Set in a dystopian future where the population is kept in check through limited food supply, teenagers systematically are pit against each other in an outdoor arena where they must not only fight each other, but also hunt, gather and otherwise scavenge for food.  Though I, and many others, were put off by the hype surrounding this book, I must admit that after having listened to it, I was well impressed.  It is an excellent, if somewhat grim story that combines both social commentary and solid story telling elements into an engaging narrative that I would recommend for any age group old enough to cope with kids killing each other in gladiatorial combat.

Panem (e.g. Bread): A post-apocalyptic dystopian future North America that has been divided into thirteen districts (one of which has apparently been destroyed) dominated by a totalitarian centralized government run from a city located somewhere high in the Rockies.[2]  Food is extremely scarce, though this may well be only a tool used by the government to control the populace.  Each district has a monolithic economy (coal production, food production, etc.) again presumably enforced in order to control the populace. Yearly gladiatorial games are held using two teenage ‘tributes’ from each district who fight in a wilderness arena to the death. 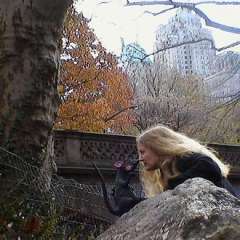 For years I avoided reading this book, primarily because A: there was so much hype about it, and I am often disappointed by books with that much hype, and B: because that hype focused on it being a Young Adult (YA) novel aimed at teenaged girls.  After watching and enjoying the movie,[3] however, I thought I really should give the book a go.  The result was that I wish I had read it earlier.

The Hunger Games by Suzanne Collins really is a very good story that convincingly tells the tale of Katniss Everdeen, a sixteen year old girl brought up in a totalitarian society with severe food shortages, who is thrown as a “Tribute” into a gladiatorial arena to fight for her life against twenty-four other combatants.  Told in first person present tense,[4] the narrative brilliantly discusses and describes the setting, alluding to all sorts of government controls and societal conflicts, without once really slipping from the narrow focus that a teenage girl who must provide for her family, then fight for her life, would believably have.  Though clearly this story sets up the potential for a social revolution in later books, here the tale holds true to the fact that this is a young woman whose life is dominated by the need to survive.

At no point in the story does Katniss talk about overthrowing the government or anything like that, nor does she stand up and not fight the way we’d all like to think we’d do if caught in the same situation.  She does what it takes to keep herself and her family alive. This brilliantly creates a setting that is very realistic, while simultaneously depicting a character who is heroic on a personal scale without being iconic in and to herself.  Not yet, anyway.

What is more, as suggested by the title, right from the get go hunger is perhaps the greatest enemy she faces in the book and it only gets worse as the story progresses.  Indeed, for a story about kids thrown into a gladiatorial arena, a huge portion of the book is really about getting enough food to eat.  Unlike the tale it is most often compared to, Battle Royal,[5] the Hunger Games take place over weeks, not days, and to that end hunting and gathering is a central part of the story.  This not only adds to the diversity of the tale, but also plays into the theme of population control through food shortages that lies central to the story. 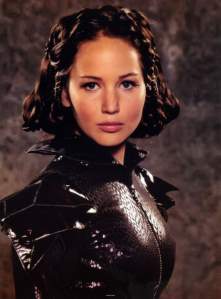 What? Me use images of attractive women from the movie version of this book to increase traffic to my site? NEVER!!!!

Of course, there are a few slip-ups in this theme of hunger.  Most notable to me was the fact that in the opening chapter where the value of an otherwise disagreeable cat is noted in its ability to catch the occasional rats.  In a culture where food is so scare, I can’t help but think that rat = good eating, but that’s me. Yet, despite this fairly minor slip-up, food and hunger lie to the edge of ones’ vision throughout this whole story.  The fact that I was listening to this book just before and while preparing Thanksgiving Dinner may have had a positive influence on my enjoyment of the book, mind you, but I still think that no matter when you read it, you’d still end up as peckish after each sitting. 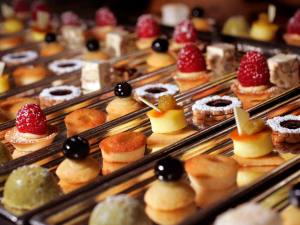 In beautiful contrast to the rest of the book, when Katniss is chosen as the Tribute (a.k.a. Gladiator) and is taken to Capital to train, she is given opulent meals in a luxurious setting.  This not only punctuates the shortages in the Districts, but sets us up for the despair and starvation one she is thrown into the large wilderness arena to fight for food, weapons and survival against twenty-four fellow 2-18 year olds from around the different districts. One of these is Peeta, a young man her own age she knows from childhood. Others include prepubescent children, cunning thieves and fellow teenaged competitors trained from birth to enter the games.  For, while selection in this combat is determined by lots, one can choose to enter the combat voluntarily, and in some districts this is a road to social prestige.  Within the world Collins creates, this does make sense, the winner of the games is set for life, and their district gets plentiful food for an entire year.  Of course, there can be only one winner, so even Tributes from the same district must kill each other in the end in order to survive.

Ok, the book notes Panem is across North America, but this image seems to be missing Mexico… which most Americans seem to forget is indeed part of North America. Ah well, it least it shows a bit of Canada, even if it is just a nuclear wasteland…

Here, then, is one of the elements that works the best for me in this tale: without ever stating it, Collins shows us a society where social control is maintained through pitting ever member of society against one another at ever level.  Thus, Districts compete for food (both within and without of the games), social classes compete with each other within each district, and individuals within each class similarly compete, all  for the scraps that the government gives them.  It is all cunningly set up without ever been spelled out because throughout the story, Katniss has other things to think about.

Which brings us to the protagonist: Katniss Everdeen. She is clearly a skilled, hard and intelligent young woman right from the get go, but she is also totally unaware of how attractive or skilled she is.  Now, normally characters like this piss me off, because I find it hard to suspend my disbelief that a person would be so totally unaware of their looks, but here Collins does a brilliant job of spelling out how competent and stunning the character is, without Katniss ever becoming aware of it herself.  Since we are in a tight first person narrative, we only gain understanding of her appeal through the reactions of others, but it is done subtly in a manner that shows the real skill of the author. 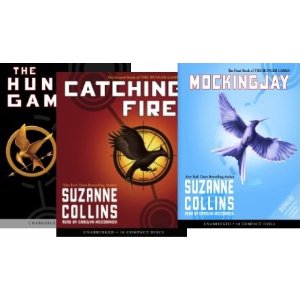 Oh, I could go on and on, but in brief, and without spoilers, I will just say that this is a very good book that is well worth a read by anyone old enough to handle the topic.  Twelve and ups certainly should take a look, and I mean that.  I’m Fortysix and really enjoyed it.

The Hunger Games Vs. Battle Royale

For sometime before having seen the movie or read the book, I heard a large audience complaining that The Hunger Games was nothing more than a rip off of the Japanese Novel and movie, Battle Royale by Koushun Takam (1996), and on the surface, one can see what they are talking about.  Both are about teenagers put into a gladiatorial arena for the nefarious purposes of their government.  However, I will note that back in the mid-to-late seventies, I had a dream that I turned into a role playing game that involved mid-graders forced to fight each other for the entertainment of some obviously twisted elements of adult society. 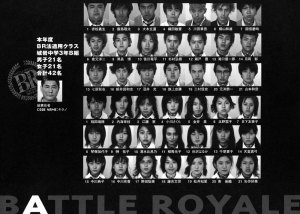 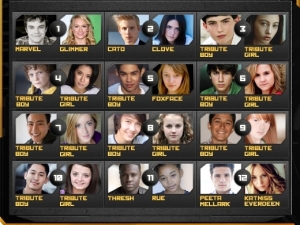 Now, neither Takam nor Collins could POSSIBLY have known about this, so, what does this say (other than the fact I was pretty clearly a disturbed child)?  It says that these are elements of the zeitgeist, most likely pulled out of the various individuals experience with the way children are socialized in the public school system.

Furthermore, each book really does focus on different elements.  In The Hunger Games access and control over resources is central to the entire tale, in Battle Royale it is really a story of Man vs. Man, with a subplot of  Man vs. Society, but no elements of Man vs. Nature. 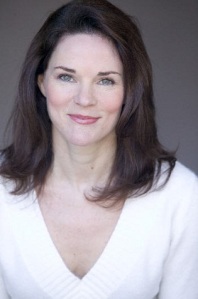 Carolyn McCormick does a very good job of narrating this book, but I will note that her voice comes off as a bit mature for the role of Katniss.  Told in a first person present tense, one would expect the voice to sound like that of a sixteen year old girl, not a fully grown and obviously self-confident woman. Even so, McCormick is extremely talented, and does a wonderful job.

[1] Funny enough, I read the Publisher’s Weekly review of this book that says, “If there really are only seven original plots in the world, it’s odd that boy meets girl is always mentioned, and society goes bad and attacks the good guy never is.” I could not help but wonder if the author of that review had ever in fact looked at the list of seven original plots.  Man vs. society is one of the oldest plot lines there is, and this is what the story is really about… but I digress (again).

[4] Something that is very hard to do, by the way. First person is difficult enough on it’s own, but present tense is a real killer.  Normally such a telling pulls me out of the tale, yet in this case I never even noticed.  The flow of the narrative and the subjects given made it seem natural… at least in an audio book.