Available in Kindle and Paperback

Grade: Π — (Pi) A book written by myself, so it’s really really really awesomely great, or at least you should be aware of some bias in the article.

Strings on a Shadow Puppet is the exciting debut novel from T. L. Evans that combines the thrills of military science fiction with the thoughtful intrigue of espionage and mystery. With sympathetic characters, dark conspiracies, and enough fast paced combat to keep any action junkie on the edge of their seat, Strings on a Shadow Puppet will keep you turning the pages until the last plot twist is revealed.

A far future, post-human diaspora universe[1] with multiple intelligent alien species and faster-than-light travel.[2] There is a long, complex history that I will eventually go into in on my author page, but can be effectively summed up as having led to the creation of numerous interstellar states the strongest of which is that known as the Sophyan Empire.  The Empire, and all other such states in this book are dominated by humans.  Only one alien species encountered to date had accomplished space travel and they were, in fact, both technologically superior to humanity and completely xenocidal. This to the War of Extinction and a general suspicion of “Sophonts” (Sentient Aliens).

Though numerous interstellar states exist, the dominant power are the Sophyans, who thirty years prior to the story underwent a centralization of their government known as the process of Imperiliazation.  This resulted in a single strong executive leader (the Emperor) and a Senatorial body made up of and officially recognized Hierarchy.[3] It also defined the purpose of the Empire as that of defending and protecting its citizens, with most laws governing the population made by member states and local governments, and most imperial laws made to govern those political bodies and ensure civil rights.

Disparate elements of the society objected to this process, resulting in the formation of four Principal political parties:

Thus the story opens, thirty years later after the Empire is officially sanctioned, and focuses on the struggle between the Imperial forces (Imperiliasts, Hegemonnists and Egalitists) and the Federalists rebels who use Guerrilla and terrorist methods to oppose those they see as having stolen Sophyan culture.

Today, on Valentines’ Day, 2013, I am delighted to (finally) announce the Official Release of Strings on a Shadow Puppet the dark far future space opera that combines the thrills of military science fiction with the thoughtful intrigue of espionage and mystery.  Set in a dystopian future, it examines the nature of democracy and civil rights by pitting them against each other in an action thriller. 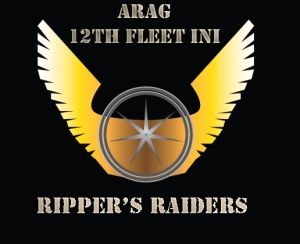 Strings on a Shadow Puppet is a stand alone novel, that could spawn a series,[4] but that has its own beginning, middle and end.  Indeed, I promise that if I ever do turn this into a series, each book will stand alone.  Except the last book, I will end any series I start, and to do that, the last book will by necessity require the readers to have read at least a few of the preceding books.  Having said that, however, Strings on a Shadow Puppet does stand totally alone.

Now, I could go on and on about how great I think this book is, but instead, I thought I’d put a link to the very first review, Smart Girls Love Science Fiction.

Obviously, I have to say that I am very pleased with this review, but even more than the praise of my work is the fact that she clearly got what I was doing with the book. Hell, she even picked up on the little tid-bits I threw in hoping that people might enjoy them.

Furthermore, I will leave you with enough material to let you decide for yourselves if you want to buy it.

The first six chapters are provided here in pdf, and a link to the freebie Kindle download.  I was intending to leave a ePub version here, and one can be sent upon request, but it seems WordPress does not support the ability to upload this format on it’s own.

Sample chapters are provided for kindle and pdf formats below (both US and International paper sizes):

Regardless, you may buy the full book through Amazon, Barnes & Noble, and most booksellers near you.  You may have to order it (after all, shelf space is limited), but if you want to support your local bookstore, you should be able to do so.

[1] By “Post-human diaspora,” I mean, of course, that humanity has spread across the stars and Earth is little more a memory (i.e. it doesn’t come into the story at all).

[2] Well, technically, not FTL.  I use the Essar-Rosenthal drive that effectively bi-passes space through use of “jump” technology that more or less instantaneously transports ships from one location to another.  Navigation using this drive is impacted by gravity wells and disparate speeds of ships, stars, etc. making the navigational process complex.  I could go on.  I have pages and pages and pages written describing the engines and more importantly, the navigational process used.  However, I will spare you and perhaps put that on my author website at www.sophyanempire.com instead.  Assuming, of course, anyone is interested.

[3] Determination of Hierarchical status varies, with different member states defining their hierarchs based on their appropriate individual form of government.  Thus some (most) Hierarchs representing member states are hereditary, others are elected to terms, etc.  The Papers of Imperialization, however, also introduced Meritocrats, individuals who gain Hierarchs status and voting members of the Senate due to personal and/ or professional accomplishments.  This created a set of Senators chosen from across Sophyan space, rather than with ties to specific member states and/or economic entities.

[4] There have been requests from numerous readers, beta and otherwise and the world is fairly well thought out, so obviously I’m thinking about it.

I'm a writer of mysteries, espionage, and speculative fiction. In my previous incarnation I was an archaeologist specializing in gender and identity in Iron and Bronze Age Europe. Mostly, however, I was known for my works with the use of geomatics, multiscalular spatial analysis and landscape theory within archaeology.
View all posts by Thomas Evans →
This entry was posted in Uncategorized and tagged Art, Empire, Faster-than-light, Fiction, Military Science Fiction, Online Writing, Science Fiction, Shadow play. Bookmark the permalink.