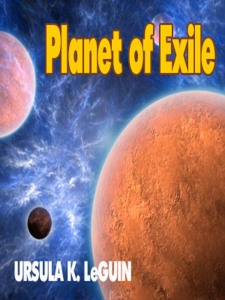 Planet of Exile by Ursula K. LeGuin is the fourth book in her wonderful Hainish Cycle, but this should in no way dissuade the reader from starting with this novel. Like a true cycle, all the books in this series stand completely alone and there is no real concern about reading them in any order.  There are no, or at least very few spoilers, and the characters do not continue in each different book.  Like most if not all of her work, the flow of language in this novel is wonderful and adds to the story, which is one of her most tense and gripping. It is a story about people, cultural contact and war, and to that end, it makes a wonderful read for anyone who does not object to Science Fiction.  In fact, it is likely to appeal to them too.

Set in her Hainish Cycle, this story occurs on Werel during or after a great war.  As with all of the Hainish cycle, it is set, somewhere in what is, or used to be, the League of Worlds.  Werel is a terrestrial planet with a single large moon whose elliptical orbit takes approximately 60 Earth years to circle its star Gamma Draconis.[1] This orbit creates extremely long seasons, and a particularly long harsh winter.  The humanoid indigenous population has a very low level of technology (late Mesolithic to early Neolithic), and in order to avoid contaminating that culture, the Earth colony also maintains a similar technology. 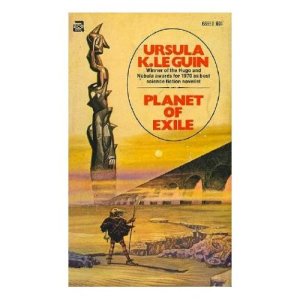 Planet of Exile is yet another example of Ursula K. LeGuin’s powerful ability to tell tales.  Set within her Hainish Cycle, it is beautifully and tightly written, with comments and concepts that are lightly touched upon early in the text, coming back to play crucial roles later.  What is more, the gentle and perhaps even sad voice of the narrative lures one deeper into the tale in an almost hypnotic manner, making one relax into the story even as it reaches its height of combat excitement.[2]

Primarily, this is a story about cultural contact and the difficulties of building an alliance between societies that are fundamentally different.  The complete realism of her depictions of the cultural interactions that occur in this book show the influence[3] of her father, the noted anthropologist Alfred L. Kroeber. Indeed, here and in her other novels, LeGuin does something very few Science Fiction authors manage, rather than show one side as being right and the other being obstinate,[4] she shows the foibles and misunderstandings that occur within both cultures.  She shows the silly, stupid and brilliant nature of both peoples, and the difficulties of coming up with cultural understanding. 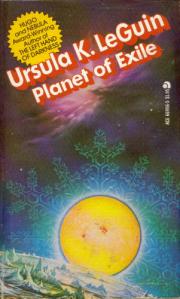 Yet all of this is drawn against the backdrop of encroaching dangers, for a hard horrible winter is coming and with it a horde of barbarians set on raiding the two tiny cities that are the focus of this tale. For background, and providing no spoilers here, over 600 Earth years ago, the Terran colony of Landin was founded on the planet of Werel in the Gamma Draconis system.  Inhabited by an indigenous race of humanoids that are biologically similar, yet still alien,[5] the humans set up colonies to match the technological level of their hosts and thus avoid cultural contamination.   When the Great War with the Shing occurred,[6] however, the colony was left alone to dwindle to a single city that struggles with its neighbors and the planet’s harsh climate.

The story then opens not with one of the descendents of this colony, but from the point of view of a young indigenous woman going into their city.  From there the story switches back and forth between her POV and that of her grandfather and, most notably, one of the leaders of colonists.  Using these, and a few other points of view, the story chronicles the attempts by these two different people to build an alliance with one another and so defend against a barbarian horde that is descending upon them all. 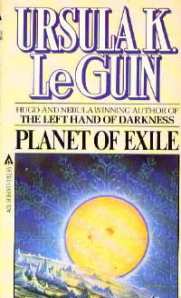 It is a brilliantly human tale that speaks of cultural misunderstandings and the complexities of creating common grounds even as known and terrible threats descend on one’s culture.  Yet it is also a war story with a great deal of exciting combat. Indeed, much of the tale focuses on combat and guerrilla tactics (thus my use of the MilFic category).  It does so, however, while also describing the human struggle to understand one another. To that end, it is a story of people struggling against nature and themselves.

It also sets the background for The City of Illusion, though I won’t say how as that it would serve as a spoiler of that novel. 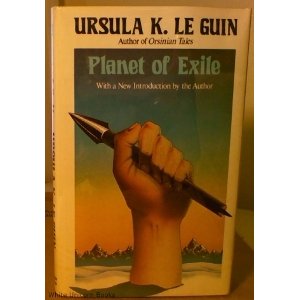 So yes, this is really engaging book that would likely appeal to anyone who doesn’t oppose Science Fiction settings.  It includes a great war story, but if you want a tale of soldiers this is not it.  Yet, if you want a story of men and women in war, you will be hard pressed to find a better book anywhere.

Blackstone Audio produced a wonderful version of this book. Skillfully narrated by Carrington MacDuffie and Steven Hove, it uses each actor to read the chapters whose point of view is of the gender of the reader in question.  Thus when there is a female character serving as the principle POV, MacDuffie reads, and when it is male, Hove does the narration.

Though such a switch of narration is sometimes disturbing to the listener, in this case Blackstone Audio and their artful narrators pull it off beautifully.  Far from being pulled out of the tale, the complementary reading by the voice talents helps pull you in to it instead.

[1] This is in fact a real star, the brightest in the constellation Draconis.

[2] And yes, for those of you who question my classification of this book, it is in no small part a War Story, and to that end, I decided to classify it, in part, as Military Science Fiction. There are those (like David Weber) who would disagree with this because, after all, there is no military in the book, but I would note that the bulk of the novel is about war, tactics and the politics leading up to it.  So, while I agree that this is stretching the definition, I still feel it has an element about it that is more akin to MilFic than not, and that the book would appeal to fans of that subgenre even though it is about warriors and not soldiers, as it were.

[4] Be that the archetypal stories of the “clearly superior technologically developed people trying to educate the ruddy natives,” or the “in tune with nature indigenous population sharing its earthy wisdom with the misguided technophiles who have lost their way.”

[5] The Hainish cycle is predicated on a panspermian idea, where humans and humanoids are all descended from the Hain, who for reasons not ever really explained, seeded the galaxy (or part of it) with their genetic code as a form of colonization.  Subsequently, intelligent species originated in each world, but they diverged genetically to better suit their native environment.  To that end, they are incompatible and incapable of interbreeding.

[6] All of which is purely background in this book.